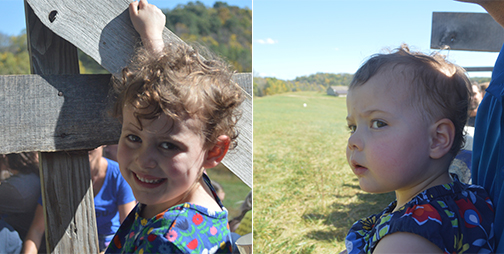 The other weekend we went to Polyface Farms. It was my sixth visit, and wonderful. This trip Cecile could understand some of the information "Farmer Joel" spoke about, and that was particularly rewarding as a parent. We are a family of omnivores, certainly. But a big priority of mine is to raise food-literate children. Every Saturday we go to the farmers market, clucking lines like "know your farmer" (insert eye roll, I know). We greet our "lettuce lady" by way of the donut truck parked at the corner. (Note: donuts raise considerable interest in this weekly errand. For the whole crowd.) We have spent time talking about "happy chickens" and "happy cows," and how not all animals are raised in sunshine and eat grass and bugs like they'd like to. Recently Cecile has connected the dots between, say, a pig that says "oink," the pork on her plate or bacon in the fry pan. (Another side: Ask Genevieve to make a sound like a pig and just try--try!--to hold back your laughter.) How important, to have kids think critically and independently about those connections, about what goes into their bodies, what truly nourishes.

These conversations are part of my own little kitchen-table revolution, maybe. It's the very least I can do in the face of what feels increasingly like an uphill battle. (Some advice, if I may: Don't read The Handmaid's Tale and watch Ken Burns' The Vietnam War in the same week.) Oh sometimes with all the news, but for my girls, I think I may end up under a rock.

But life is for the living! A reminder! Because the other little thing that has happened recently is: FIVE. Cecile is five. Five years old! One whole hand! I can hardly believe it but I can absolutely believe it, if that makes any sense whatsoever. She is precocious and quick to laugh, especially at her sister's jokes. Crafts, books, extreme focus. Oh my first girlfriend, you act so big but really you are still so little. I expect so much of her, and I have to remind myself to meet her where she is ... even if we both know she's destined for the stars. Perhaps that's how it always is with your firstborn, with mother and child navigating the wide world of "firsts" together.

Oh and my sweet-natured, seductive Genevieve. What a pistol. World, don't go thinking my second girlfriend is going to sit around waiting for things to happen to her. Don't let those long, loving hugs she gives out so generously fool you. Genevieve is a force and she commands your attention. Yes, sometimes when I'm holding her on my hip (oy, my lower back) she will take my chin in her hand and direct my face to hers. Perhaps this is all just product of being two years-old, of being the younger sister. Or maybe it's through and through Her. Drop-off at school is still a little hairy, but she comes home with stories of pumpkin-rolling, hand-holding, song-singing. Rare is the evening she doesn't sing some iteration of "bye-bye friends" to herself in her crib. She's enjoying school thoroughly, in other words. A funny little nothing: At school Genevieve has gravitated toward the same frog costume Cecile did two years ago. These days people more often mention how much the two girls look alike. I mean, sure they do. They have the same common demoninators, after all. But they remain so different, so unique to me. Even if they do have a knack for knitting their brows in a similar fashion.

We went through a week or so of midsummer-like heat in October--breathless days, sauna nights you'd more likely find mid-August. The warmth was relief to a degree because Cecile asked for "Ice Cream for Breakfast" for her birthday party. But I think we have finally turned the corner with the season. Oh, how I missed long denim! And corduroy! A bonus: the sun now sets at 7 p.m., which allows me to start the bedtime march a few minutes earlier. It's the little things in life. 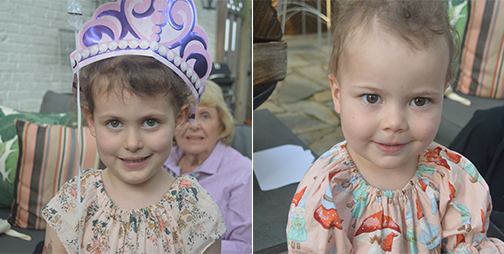 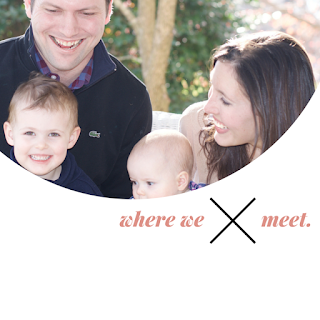 welcome to thirty-sixth at glebe. i'm a freelance writer and stay-at-home mom residing in northern virginia. here is a small window into my world.
glebe, n.
1. Brit: A plot of land belonging or yielding profit to an ecclesiastical office
2. Archaic: The soil or earth; land
3. Poetic: land, esp when regarded as the source of growing things